Union-busting tactics to look out for

As union talk continues to spread throughout the game industry, bosses who feel threatened are turning to an arsenal of tactics to break up organizing and discourage and demoralize workers. Luckily for us, their toolbox is rather limited: throughout every industry and every era, we keep seeing the exact same dirty tricks being reused by bosses over and over again. This means that by learning to recognize them and warning our fellow workers about them, we can be ready and prepared when they inevitably get pulled out and render them ineffective. Here's a few classics:

If management ever catches wind that there's organizing (or even just vague union talk) happening at the workplace, their first response will usually be to call a "captive audience" meeting. All employees will be required to attend, and the meeting will be a one-way affair where management goes over standard union-busting talking points in an effort to sow fear, suspicion, and distrust. The goal is to reach any workers who are uneducated about unions before their organizing co-workers do, and feed them negative preconceptions on the topic. You're likely to see many of the other union-busting moves in this list being deployed at those meetings, and the best way to counter them is for you and your co-workers to be prepared and to know what to expect!

Note also that when it comes to the topic of unionizing, managers will often repeat these talking points on any platform they have access to, such as game industry conferences or industry-oriented websites…

Bosses often encourage workers to talk to them directly about workplace issues, insisting their "door is always open" and that no one will be reprimanded for sharing concerns. A well-worn tactic everywhere from the game industry to companies like Wal-Mart or Amazon, this "open door policy" sounds harmless on the surface.

In fact, this is the number one way management maintains full control over information flow in the workplace and ensure they are able to nip any seed of organizing in the bud. They'll say they are here to help and are genuinely concerned about your well-being. But the catch is that it's a way to ensure workers only ever interact with management alone as isolated and disempowered individuals, instead of turning to their coworkers for support and solidarity. Bosses will make vague promises and excuses, reassuring you that your issues are taken seriously and will be addressed eventually, while also instructing you to keep things quiet and only ever discuss the issue in question directly with management. If they do catch you sharing concerns with other workers, it probably won't take long for that supportive demeanor to disappear, which is why it's important to make sure any initial organizing you do happens away from the eyes and ears of management. 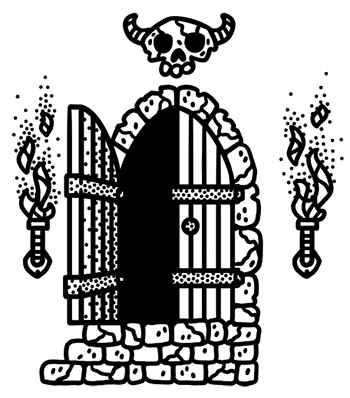 "Unions might be great for other companies/industries, but it's different here!"

Whether it's because games are "too creative a medium," "too recent an industry," "too dependent on flexibility" (boss-speak for worker precarity) or because the company is "too indie," or "too large," not making enough money or "making too much" — you'll hear all sorts of reasons why your job is very special, unique, and different when it comes to unionizing. The funny thing, of course, is that every boss in every industry says the exact same thing to their workers! (WORKERTIP: It's never true.)

Framing the union as a "third party"

Many bosses try and frame unions as some kind of external third party that will come in between you and your employer, ruining your happy family relationship, or maybe trying to get rich off your back. (Projection much?) You might even hear that they are dangerous radicals seeking to overthrow capitalism! (Oh no!) But in reality the union is not "they" — it's you. It's you and your co-workers who form this potential union and decide every action it takes, not some outside strangers — and what your bosses fundamentally fear is the empowerment that you will gain through organizing.

"You can't have a union, because you're not really employees!"

More and more employers try to paper over the true nature of the relationship they have with their workers by referring to them as "partners" or "associates" instead of employees, for example, or by pretending that we're all just one big group of friends; it's just that some friends own the company, and others don't! Another common tactic is to give "manager" titles to just about everyone in the company, but with none of the decision-making power or additional pay that usually accompanies such a role.

Perhaps most importantly, many workers in the game industry who should be recognized as full employees are instead hired as freelance contractors as a way for owners to get around the legal obligations they owe to employees. This is an especially common problem in sectors like QA. However, there is a growing number of unions that specialize in helping such workers fight for better conditions or gain full employee status. Recently, artists and lecturers (primarily women) at Britain's National Gallery won a case which confirmed that, because they were required to attend training sessions and were paid from the same source as noncontractual employees, they were not in fact self-employed. This meant they were entitled to the same benefits as so-called "permanent" employees. Remember: if you're hired to work for someone who makes a profit from selling what you produce, you can unionize. 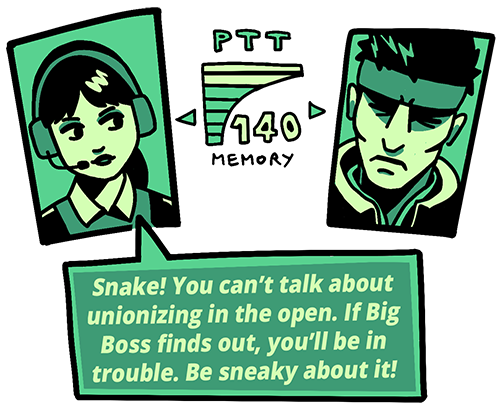 Threats of outsourcing and cuts

A common line — and one frequently internalized by workers — is that if workers unionize, bosses will make cuts to jobs or outsource them to where labour is cheaper and less organized. Whether management is assuring you that they're really sorry but they have no choice and it's "just the way it is" or they're openly threatening direct retaliation for unionizing, the important thing to keep in mind is that the goal of these threats is to create fear and compliance through intimidation. They usually have no basis in anything concrete. 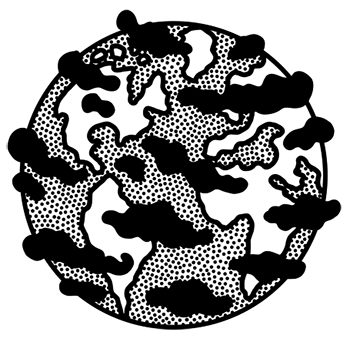 Bosses lay off workers all the time for no good reason, and unionizing is the only way you have to protect yourself from that. Remember that it's always our labour that creates value for the business owners, and that they can't get rid of all of us or they'd be getting rid of the very source of all their profits. Besides, relocating is an extremely expensive endeavour for any business to make, and not something that can be decided on a whim simply to punish workers for unionizing. This is especially true if the union movement is one that crosses borders in such a way that there's nowhere for the owners to go — emphasizing why it's so important for our organizing efforts to be international in nature and in solidarity with fellow workers all around the world!

Some owners, especially those who think of themselves as "good bosses" and maintain a lot of contact with their employees, might react to unionizing efforts by taking it extremely personally. Those bosses will try to make you feel like you are committing some sort of horrible betrayal by contemplating the possibility of organizing, and try to shame you for being ungrateful or make you feel like you somehow owe them for "giving" you a job.

Remember that the core issue is the inequality of power between you and them, and that they are reacting that way because they are so used to holding that power over you and acting without any accountability to employees, that any step towards a more equal relationship feels to them like some kind of terrible offence. Some bosses have been known to respond to union organizing efforts with tears! These sentiments may even be genuine, but in any case, dealing with them should be the responsibility of your boss's therapist, not their employees.

Some bosses claim to support unions, and will even offer to help you set one up. If your boss tries to pull this move, you might think at first you're very lucky to work for such a progressive employer. They might even bring in people to do it for you and take care of all the complicated stuff… until you realize that your new "union" was created without any organizing among the workers themselves, that it includes company management in its decision-making, that it reproduces the same power dynamics that were always present in your workplace, and that it was implemented in a top-down fashion to ensure its loyalty to the owners over the workers. This sort of cooptation can really succeed at appropriating and neutralizing pro-union sentiment, dramatically setting back any genuine organizing efforts — don't let it happen to you!

A similar role is played in our broader industry by some currently-existing industry organizations, who publicly claim to represent game developers but in practice are led and funded exclusively by business owners and management and have consistently sided with their interests over those of workers whenever they conflict. The IGDA is one of these organizations, of course (see our review of the IGDA in the previous issue!), but there are other examples too. A similar role is played in Québec by "La Guilde", and in France by the "Syndicat National du Jeu Vidéo" (SNJV, not to be confused with the STJV, which is the actual French game workers' union).

One of the dirtiest tricks a boss can employ, "scabs" are people who, as workers themselves and thus potential members of a union, receive special preferential treatment over others in exchange for turning against their fellow workers. Scabs are often brought in temporarily from the outside in an emergency as a way to replace workers who are trying to unionize. Bosses will sometimes even make a point of offering scabs all the demands that the organizing workers originally put forward, while continuing to refuse them to the latter — just as a way of demoralizing you by making the point that your demands can in fact easily be met, but that it's really about punishing you "on principle" for standing up for your rights. 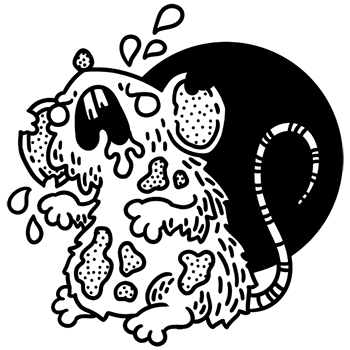 During the SAG-AFTRA voice actors' strike in 2017, scab voice actor labour was notably used — and roundly criticized — in the Life Is Strange prequel Before the Storm.

In order to work towards the long-term goal of a unionized game industry, it will be important to create a culture where taking a scab contract is treated as the despicable, selfish act that it is — and one that harms the scabs themselves in the longer term.