Many workers in the game industry cope with the less-than-ideal working conditions by dreaming of one day starting their own business and "becoming their own boss." And it makes sense! Who wants to be exploited for someone else's profits when you could start your own studio and earn the full benefit of your labour?

Game workers are also particularly lucky that they work in an industry where starting your own game studio, although far from being accessible to everyone, is much easier than, say, starting your own car factory as an auto worker. Game studios need much less starting capital — no expensive machinery or raw materials are required.

The problem with the traditional "startup" model, however, is that it inevitably tends to replicate the worst problems of the existing game industry. The few founders who are lucky enough to launch a successful business might never need to get a job working for someone else ever again, but it will be at the expense of the workers they hire as employees as their business expands. Their employees will be the ones now working for their profits, thus reproducing the relationship of exploitation that is found everywhere else in the industry.

But it doesn't have to be that way! This is where workers' cooperatives come in: workers' co-ops are businesses that are fully and democratically owned by the people who work there. Nobody in a workers' co-op is working to create profits for some shareholder, and everyone can earn the full value of their labour. When the co-op expands, new workers become worker-owners, as opposed to merely being employees hired by separate business owners. Many people who start a business don't even know that this is an option!

There are already multiple examples of workers' cooperatives operating in the game industry, such as Pixel Pushers Union 512 and Motion Twin (the creators of Dead Cells). And two of the creators of Night in the Woods have just launched a workers' cooperative called The Glory Society. Cooperatives can also be a great model for freelance workers, who can benefit from uniting under a single banner to sell their services.

There are many kinds of organizations that call themselves "cooperatives", which is why we emphasize that we're talking about workers' co-ops here. You may also have heard of "consumer co-ops," which are owned by the consumers (such as REI in the United States or MEC in Canada), but those can be just as exploitative to their employees as any other business. There are even some business owners' associations that style themselves as "cooperatives" — but in actuality they're nothing more than cartels of bosses; employees have no say in how they are run. (In the Québec game industry, for instance, a group called La Guilde has gotten significant media attention and funding and now proudly claims to be the "largest cooperative in this industry in the world.") This can get pretty confusing and might be worth highlighting, especially when discussing the possibility of starting a workers' co-op with fellow game workers who might never have heard of that business model. 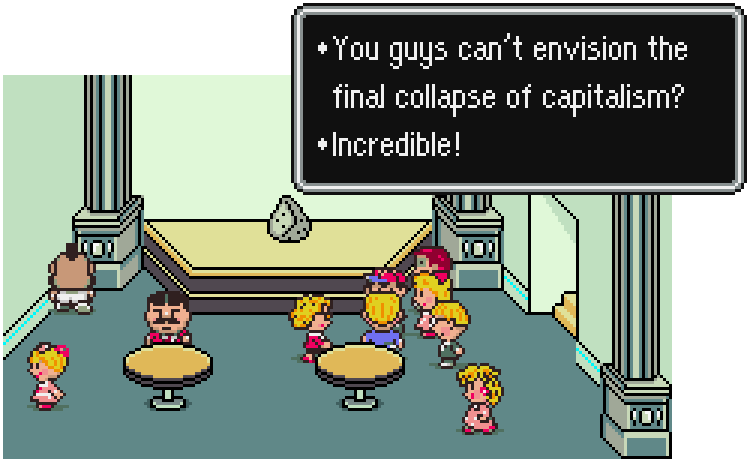 So how do you go about starting a workers' cooperative? Game Workers Unite is here to help, and can put you in touch with the legal assistance you need to found such a business with your fellow workers! Unfortunately, most business lawyers who help people form startups have no experience with co-ops. They're often used to just signing people up for the standard corporate model instead, so having access to specialized advice can be a big help in forming a co-op. The details also vary from place to place, but starting a co-op is an option everywhere. Another thing to keep in mind is that venture capitalists will not want to invest in a workers' cooperative, since they can't become external shareholders and reap in the profits from your work - so they will always focus on pressuring aspiring entrepreneurs to start traditional corporate startups instead. That said, workers' co-ops are still perfectly eligible for business loans, and credit unions often have especially favorable deals for them!

So if you're considering starting a business or know game workers who are, contact your local GWU chapter (or the international if you don't have one yet) and ask them about workers' co-ops!

< Get Indie?Craft Unions, Industrial Unions… What’s the Difference? >
From the Desk of the EditorsUnionFAQs: What's a Game Worker?What Can Unions Do to Help?UnionFAQs: A History of UnrestVersus Mode: Owners vs. WorkersUnionFAQs: Is Profit-Sharing What We Want?When Gamer Rage Gets Harnessed to Discipline WorkersUnionFAQs: What Are Strikes?UnionFAQs: Below the (Grass)rootBoss Fight Tips & TricksUnionFAQs: Get Indie?Workers' Cooperatives: A New Way of Creating Commercial GamesUnionFAQs: Craft Unions, Industrial Unions… What’s the Difference?Strategy Guide: How to Start Organizing your WorkplaceUnionFAQs: Not in the Industry?In Closing