There is more than a single strategy for unionization. Lots of existing unions take the approach of representing workers who are all part of a specific craft or trade, across multiple industries. This is the case of SAG-AFTRA, the US union representing voice actors and other media professionals across all sectors including the game industry. These unions are generally referred to as "craft unions".

There are also unions called "industrial unions" that aim to organize all workers within an industry regardless of their specific craft by having the entire workforce of each company unionize their workplace and join with the others into the industrial union. This is the case of the United Auto Workers (UAW) for all workers of the US automobile industry, for example. What approach to take and which strategy is best can depend on the specific context workers are facing, as the legal framework varies a lot from place to place and the situation may differ in terms of what already-existing unions in other industries or trades are available to offer support and resources. But two things are important to remember:

1) Unionization always starts by organizing at the workplace. A craft union may have a lot of members, and a union may be officially and legally recognized, but if there is no organizing happening at a workplace, bosses there have no reason to enter into negotiation. They can also just make sure to only hire non-members so they never have to worry about the union. It's only through the active involvement of workers at their own workplace that real change will be possible for the industry.

In the long term, workers can only lose by letting themselves be divided in such a way. On the other hand, all of us benefit by working together and supporting each other in our various struggles. QA testers, localization workers, console manufacturing workers, and all other game workers must be part of the effort to create a better game industry for it to succeed. More privileged and better-positioned workers have a responsibility to use their position to support organizing efforts among the workers who are struggling the most. "Having it good already" is not an excuse to not unionize. 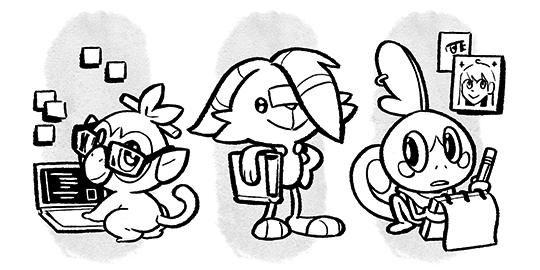