The topic of striking will necessarily come up whenever unions are being discussed. The thing is, nobody really wants a strike to happen. Workers generally just want to be able to do their job in good conditions, while being paid fairly and in dignity. Strikes can be harrowing affairs for everyone involved.

But in a way, it's the hypothetical possibility of calling a strike that forms the basis of our power when we unionize. It's because our labour is the source of all profits that the idea of workers withdrawing that labour is so threatening to bosses. It's our biggest bargaining chip.

Ideally, strikes would never happen, and reason would always prevail in negotiations with bosses. When strikes do happen, it's because those negotiations already failed, and an acceptable agreement couldn't be reached between management and the union. Everybody wants to avoid that and find a better solution, but the important thing to remember is that without the potential to call a strike as a last-resort measure, workers would have no real leverage with bosses, and bosses would have no reason to take them seriously. 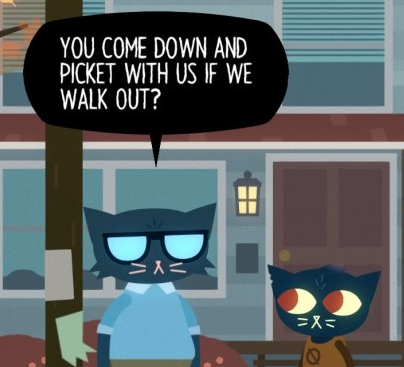