From the Desk of the Editors

Welcome back to yet another rousing issue of the Game Workers Unite magazine. Before we jump into the thick of things, we thought we'd take a moment to look back on the events of the past year, both good and ill. 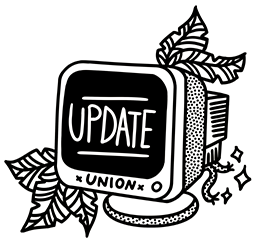 Last year's edition was written in the tumult of several high-profile mass layoffs, and sadly such events haven't become old news in our industry. The @DaysWithoutLoss twitter account, which counts days since the last industry layoff, rarely even reaches a full month; as companies dismiss workers left and right. In June 2019, Swedish publisher Starbreeze laid off a quarter of their staff, or 60 employees, to cut costs. One month later, Montreal’s LuckyHammers Studio closed down, affecting roughly 70 workers, and Gamestop followed up in August by laying off 14% of their staff, or 120 workers.

Gender discrimination and sexual violence continue to be pressing issues in the industry.: The Riot Games class-action lawsuit, filled on behalf of roughly 1000 women who were subject to systemic discrimination and harassment while working at Riot, is still ongoing. Meanwhile, the indie games scene was shaken with what's been dubbed its own #metoo moment, with several high profile sexual misconduct stories breaking in the past year - bringing to light not only misogyny but also how fragile working conditions create violent power dynamics that lead to abuse for the most vulnerable, and the inadequacy of the industry's response to such misdeeds.

Thanks to the bravery of workers who are organizing around these issues, companies are starting to be more careful - while we are still far from true structural change, many small nudges in the good direction have been observed. Following the controversy around its working conditions during the development of Red Dead Redemption, Rockstar Lincoln has incorporated its contract workers as full employees, a welcome first step in ensuring a more stable career. Crunch, in the meantime, has become a hot topic issue and is becoming harder and harder to brush aside for employers. The work practices of our industry are being interrogated with renewed acuity, whether that's crediting practices, the erasure of outsourced labour; or broader political questions such as the industry's role in spreading military propaganda (and some companies' direct ties with the USA's military–industrial complex).

We’ve had our share of upsets and setbacks, but there’s plenty to be hopeful about as well. 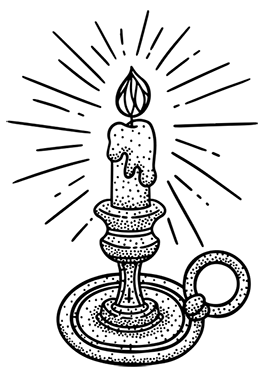 Since last year, GWU chapters have continued sprouting up all over the world. We’ve been reaching out, presenting workshops and panels on workers' rights to huge crowds, running industry surveys, engaging in public and private direct action against abusive bosses, and forming workplace committees to build collective power as workers and win concrete demands. GWU UK celebrated its first year as an official trade union, which they spent fighting and winning cases for the workers of the industry, and growing membership. GWU Ireland followed their steps, becoming the second chapter to form an official trade union, as a branch of the Financial Services Union (FSU), while the Toronto chapter has formed an official partnership with Communication Workers of America (CWA) to further organize workers in Ontario.

We are part of a global labour movement. Alongside India's ongoing series of general strikes and protests against a retrograde Modi government, which this year involved roughly 250 million workers, new uprisings have emerged - most notably Lebanon's general strike in response to the country's economic crisis; Chile’s anti-austerity protests; Haitian protests against a corrupt, neocolonial government and growing fuel and food shortages; and the months-long strike movement in France against an anti-labour pension reform (to which the STJV, France's own game workers union, joined forces during the marches).

The tech sector in particular has started to rumble, and union talk is becoming a common refrain amongst workers of the industry. The employees of HCL Technologies, a Google contractor, have unionized with the United Steelworkers. Kickstarter became the first major american tech company to unionize after a successful organizing campaign. Nexon Korea’s union held a rally demanding better job security for its employees and won a 6.8% wage increase - a landmark victory for the game industry.

Big tech companies feel the temperature rising and are already showing signs of repression - Google was caught red-handed after firing some of its employees for trying to organize their office, and implementing new rules to restrain workers' ability to communicate and organize; but all across the industry workers are fighting back and the movement is only gaining traction. Amongst other initiatives, the CWA has launched the Campaign to Organize Digital Employees (CODE) to support workers' organizing efforts in the technology industries. Meanwhile, the International Rights Advocates, on behalf of miners from the Democratic Republic of Congo, has filed a landmark lawsuit against tech giants Apple, Google, Microsoft, Tesla and Dell; for the dreadful conditions in which the cobalt they use for their products is mined in the region, often by children - a reality that is often written off as a footnote in our industry.

Workers of the world are rising up, reclaiming a better quality of life, access to education, medical care, purpose and dignity. The winds are changing; we are witnessing it both in electoral politics and in grassroots organizing, and while the pushback from the powerful is strong and vicious, we are many and our solidarity is their weakness.

Together, we have the capacity to build a better, fairer, and more sustainable future for workers all around the globe. If you're a worker in games, abuses like mass layoffs, crunch, and harassment might seem like unavoidable realities of the industry. But they don't have to be. Join us.