When Gamer Rage Gets Harnessed to Discipline Workers

Sam [Dan's brother and Rockstar president] and I talk about this a lot, and it's that games are still magical. It's like they're made by elves… You turn on the screen and it's just this world that exists on TV. I think you gain something by not knowing how they're made. 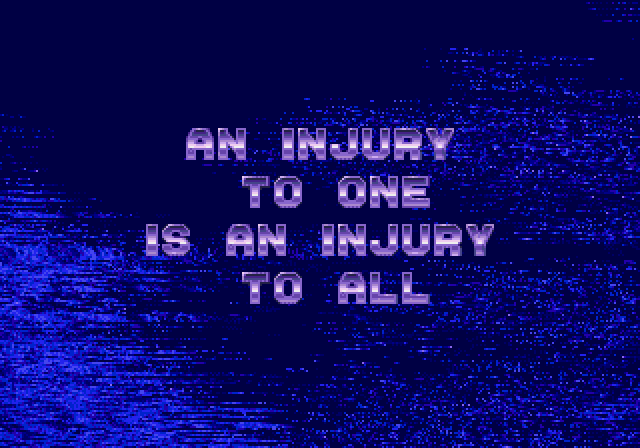 There's no real reason why workers and consumers should have different interests or be at odds with one another. It sounds absurd when you think about it: many workers take a great deal of pride and personal satisfaction from making games that players love to play, and without workers there would be no games for players to enjoy in the first place. Unfortunately, many players don't know the conditions under which games are made (in large part because bosses prevent workers from talking about it publicly!). They are also encouraged to see themselves as having a special relationship with a brand, a company, or a product, rather than with the real people making the games they play. This dynamic encourages consumers to blame workers when things go wrong, and benefits owners. Throwing workers under the bus directs negative attention away from the bosses, even when they're the ones responsible for making decisions that hurt consumers. It can also serve as an intimidation tactic that can be used to discipline workers.

We're unfortunately all too familiar with the way a small but extremely vocal minority of consumers take entitlement to the next level in their relationship to developers. As more game workers speak up about working conditions in the industry, we've also seen hate-driven harassment campaigns appearing in response. Often this harassment specifically targets marginalized workers who are simply trying to participate in the creative direction of the games they build and speak to their own struggles, backgrounds, and experiences. Individual workers become singled out and targeted by an online mob of entitled consumers who don't want to see the game industry become more welcoming to new voices and who scapegoat them for everything they believe is wrong with games.

Sadly, they often succeed in goading bosses into punishing or even firing these workers: two well-known examples are last year's firing of Jessica Price and Peter Fries from ArenaNet and the dismissal of Alison Rapp from Nintendo in 2016. Look a little closer and you'll discover these aren't isolated cases: in private conversation, in whisper networks, incidents like these are all too common.

In these situations, management will often pretend to have the best interests of workers in mind even as they systematically yield to the slightest strain and validate gamer entitlement. This can lead to bosses implementing new ways of controlling, suppressing, and disciplining their workers, all under the guise of "protecting them" from such harassment. (Protecting from what? Getting fired for standing up to harassment? Some protection racket that is!) After ArenaNet president Mike O'Brien fired developers Price and Fries at the demand of an online mob — for committing the egregious offence of pushing back against the misogyny women game designers face in the industry — many employers jumped on the occasion to introduce new social media policies restricting what their employees are allowed to express online outside of working hours. These policies effectively make workers responsible for being a 24/7 brand ambassador on top of their regular job — and for no additional compensation, to boot. (What a bargain!)

In her article from October on the topic, "Worse than Scabs: Gamer Rage as Anti-Union Violence", Lana Polansky writes :

"As long as gamers direct their grievances at individual workers, videogame companies understand that they can use that dynamic to shield themselves from community criticism while using it as leverage in internal conflicts with employees. This has, for a long time, represented a win-win for companies, ensuring not just the PR victory with their fans, but also a deeply suppressed and compliant workforce, and an opaque shroud over the industry's internal workings. That shroud, however, seems to be starting to clear."

This tactic was deployed in 2016 when studio owners at Activision, EA, Disney, Warner Bros, Take-Two, and others launched a website and video explicitly targeting a gamer audience that demonized the SAG-AFTRA voice actors' union. At the time, union members were demanding, among other things, better safety standards for voice strain and risks associated with stunt coordination (for motion capture), an improved structure for bonus payments, better transparency, and employment mobility. In a blatant effort to direct fan rage at the workers, bosses argued that these demands would somehow lead to worse games for consumers.

Executives ultimately answer to shareholders and investors, and thus to the profit motive. They'll give in to the cry of a vocal, angry minority of perceived fans even if the consequence in the long-term is a worse game. We can't rely on them to have our backs on this front: we need to have each other's. The best way to resist harassment — and the summary, mob-driven firings that so often seem to follow — is by organizing. And if gamers really want to see better games, they should focus their attention on the bosses and the conditions employees are forced to work under, not on individual vulnerable employees that are easily scapegoated. But for this to mean anything, the conversation also needs to go beyond a simplistic call to "vote with your dollars" and to buy more from the "good companies" and less from the bad ones. Player support for unionization will go much farther towards crafting a better industry.

< Is Profit-Sharing What We Want?What Are Strikes? >
From the Desk of the EditorsUnionFAQs: What's a Game Worker?What Can Unions Do to Help?UnionFAQs: A History of UnrestVersus Mode: Owners vs. WorkersUnionFAQs: Is Profit-Sharing What We Want?When Gamer Rage Gets Harnessed to Discipline WorkersUnionFAQs: What Are Strikes?UnionFAQs: Below the (Grass)rootBoss Fight Tips & TricksUnionFAQs: Get Indie?Workers' Cooperatives: A New Way of Creating Commercial GamesUnionFAQs: Craft Unions, Industrial Unions… What’s the Difference?Strategy Guide: How to Start Organizing your WorkplaceUnionFAQs: Not in the Industry?In ClosingChapters and Members Around the World